Windrush Foundation focuses on events in Britain mainly from 22 June 1948, but this summary paper highlights the experiences of very many people of Caribbean heritage before then.

After WWII ended on 8 May 1945, more than three thousand Caribbean men decided to remain in Britain. Windrush Foundation includes them among the early Windrush Generation, in terms of their goals and expectations, which were no different from those who arrived on 22 June 1948. They were the ones who advised relatives and colleagues back home to move to the UK, even though life was not easy for them in the mother country. I spoke with ‘Jimmy’ Leigh, a WWII RAF serviceman and a Windrush passenger, who confirmed this. After arriving on 22 June 1948, he immediately went to stay with colleagues in West Bromwich, West Midlands. George McPherson, age 17 in 1948, who had never left Jamaica before then, had friends also in the West Midlands. They were all members of the early generation who laid the foundation for those who arrived here later.

Faced with a great labour-shortage, estimated at 1,346,000 at the end of 1946, it was the government’s intention to obtain ex-prisoners of war, Polish ex-servicemen, and eventually the European Voluntary Workers (EVW) scheme, as workers.

“This scheme sought to recruit displaced persons, between 1947 and the early 1950s, in an effort to alleviate the severe labour shortage in Britain, and aid those made homeless during World War II. The programme was deeply discriminatory and, given the EVWs’ status as aliens, they could be directed to, and kept within, certain understaffed, and frequently undesirable, sectors of employment. This status clearly differentiated them from Caribbean migrants, who, as British citizens, were exempt from such controls…”

Thousands of Caribbean workers had contributed to the war effort either as volunteers in the armed forces or technicians, and while some remained, the majority were demobbed and returned to the colonies. The housing of a number of the new settlers in the vicinity of their employment was organised by the National Service Hostels Corporation (NSHC), which was set up by the Ministry of Labour and National Service in 1941.

“The records of the NSHC report disturbances at their hostels from 1946. The West Bromwich hostel, home to predominantly Irish and Caribbean tenants, witnessed some disorder on 25 December 1946, instigated by the Irishmen’s dislike of black men dancing with white female members of staff at the Christmas party:

Letchworth Hostel in Hertfordshire saw a disturbance in late February 1947, following, ‘a “round robin” signed by 350 white trainees demanding the instant removal of all black personnel from the Centre.’ 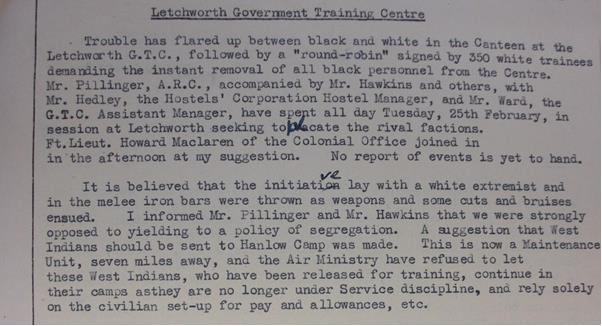 “The Greenbanks Hostel in Leeds faced trouble on the 25 January 1948, where, in the words of the manager, ‘The cause appears to be racial prejudice – black men associating with white women’. Disturbances had previously been recorded there in September and December 1947. The Sherburn-in-Elmet Hostel, Yorkshire, records a disturbance on the 30 November 1947, as well as a number of other ‘outbreaks of one kind or another’ Three months later, problems arose at Pontefract Hostel in Yorkshire…” 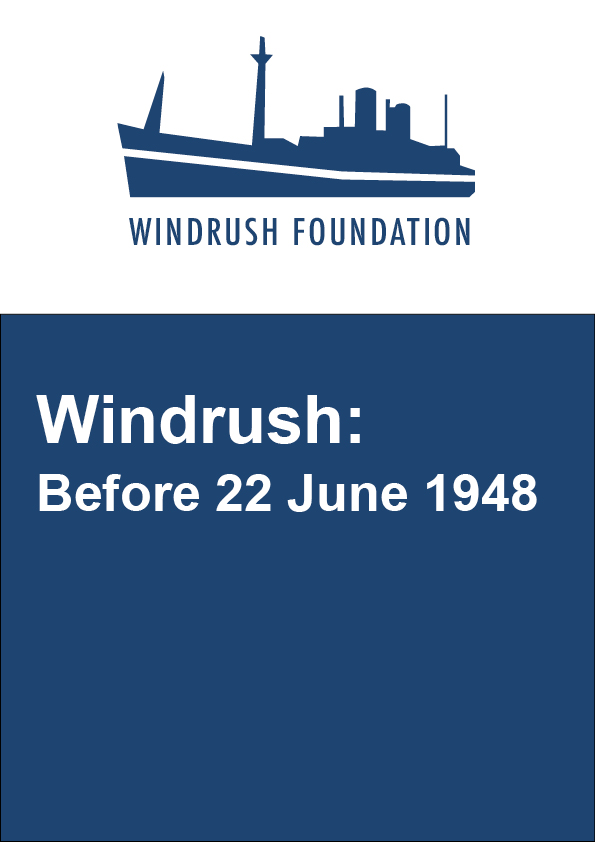