Birth of the Windrush Generation

Twenty-five years ago, Jamaican born Sam King and Arthur Torrington, a Guyanese, created a community organisation aimed mainly at young men and women of Caribbean heritage. It focussed on their identity, belonging and sense of purpose.

Windrush Foundation was the name of the organisation formed in 1995 and the following year became a registered charity. The co-founders’ main objective was to highlight the significance of MV Empire Windrush’s journey and the personal stories of those who travelled on the ship. Before landing at Tilbury Docks, Essex, on 22 June 1948, Sam, who had served in the Royal Air Force during WWII, collated dozens of his fellow passengers’ names and UK addresses. Hundreds of other RAF servicemen/ex-servicemen were also on the ship and it was apparent that he had exerted a degree of leadership among them during the journey. Sam sent his Windrush friends Christmas cards every year and kept in touch with them. His book, Climbing Up the Rough Side of the Mountain (1998), outlines his second journey from Jamaica, and his intention to settle permanently in the UK. He first brought his Windrush friends together in 1988 at Lambeth Town Hall to celebrate 40th anniversary of the arrival of Empire Windrush on 22 June 1948, an event hosted by Lambeth Council.

Sam’s generation survived WWII and hundreds of his friends served King and Country, whether on the frontline or the home-front. They knew how life was, both in the Caribbean and in the UK. More than three thousand Caribbean servicemen had remained in Britain after 8 May 1945, and hundreds more arrived here on troop-ships after. The Ormonde and Almanzora were only two of many ships that brought Caribbean settlers. Members of Sam’s generation were the pioneers who laid the foundation for others after 22 June 1948.

MV Empire Windrush was the ship that caught the attention of British politicians in April, May and June of 1948 as it returned to Britain from the Caribbean. Sam was aware of the political atmosphere at the time and informed Arthur in the early 1990s about the ship’s importance to Caribbean history and heritage in the UK. Sam always made comparisons with the ship ‘Mayflower’ (the 400th anniversary of her arrival in North American is later this year). Sam was first to have coined the term ‘Windrush Generation’ in describing his colleagues, whether those who remained in the UK just after WWII or who returned on the Ormonde, Almanzora,
or Empire Windrush. They were members of his generation who helped to rebuild Britain after WWII.

The 1950s saw tens of thousands of Caribbean people settling in the UK as the politics of migration heated up. It was a decade of activism as individuals like Claudia Jones, David Pitt, Sam King, Jocelyn Barrow, Amy Garvey (ex-wife of Marcus Garvey), et al, lobbied Parliament for laws against racial discrimination. They were successful to an extent. The Race Relations Act 1965 was the first legislation in the United Kingdom to address the situation. The Act outlawed discrimination on the “grounds of colour, race, or ethnic or national origins” in public places in Great Britain. It also prompted the creation of the Race Relations Board in 1966. Those early pioneers and others formed themselves into a pressure group called the Campaign Against Race Discrimination (CARD) that lobbied for further government action, until the Race Relations Act 1976 was passed.
That Windrush Generation built the platform upon which all other pressure groups operated in the UK.

King and Torrington both put their creditability, honesty, and integrity on the line as they launched and kept Windrush Foundation going from 1995. They embarked on years of ‘Windrush publicity’. Nineteen ninety-eight, the 50th anniversary celebrations, again brought together dozens of Sam’s Windrush friends, servicemen and women. Every leading British newspaper, TV and radio station reported the commemoration in June 1998, even Prince Charles hosted a Reception at St James’s Palace for them on 25 June 1998. Trevor Phillips’ four one-hour WINDRUSH documentary series were broadcast by BBC TV.

Windrush Foundation continues to focus on the lives and times of Caribbean people, post-WWII. Yearly commemorations were held, the larger ones being 2008 and 2013. The 70th Windrush anniversary in 2018 was the biggest as many more community organisations became interested in the commemorations, adopted the term ‘Windrush Generation’, and ascribed it to a younger generation of settlers who moved with their parents to Britain during the 1950s, 1960s and 1970s. The British media used words like ‘Windrush scandal’ to describe a ‘Home Office scandal’ that was about the Government’s ‘hostile environment’ and its denial of citizenship rights mainly to thousands of Caribbean men and women in the UK. From 2018, the number of organisations and individuals adopting ‘Windrush’ or ‘Windrush Generation’ to describe themselves increased in large numbers.

Windrush Foundation prides itself for the creation of an organisation that represents Caribbean people, whose connection to the UK goes back to the 1620s, whose African ancestors were enslaved, then colonised, yet contributed to the making of Britain as the largest Empire in the world. 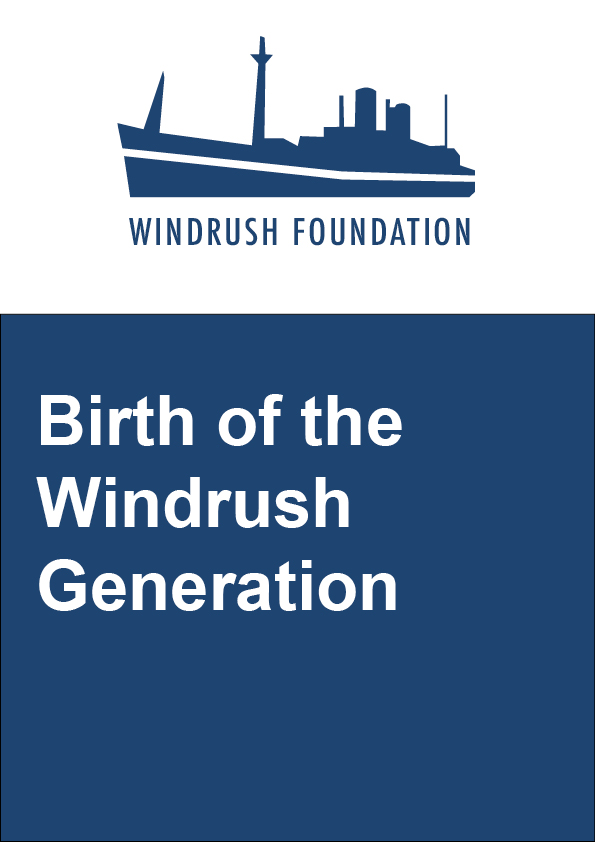