Veron (Steve) Mitchell volunteered in 1944 to join the Royal Air Force. He was 19 years old and had spent the year before as an agricultural worker in the USA. His Jamaican father, David, fought for the British in South Africa during the Boer War (1899-1902).

It was not until March 1945 that Steve and other West Indian volunteers arrived in Britain just two months before the end of the war with Germany. In the RAF he became known as ‘Steve’, not Veron, but his service there was short-lived. Relationships with white colleagues were often unpleasant because West Indians did not receive fair treatment in the forces. Fights would be started when the latter was verbal or physically abused, and Steve was among a group of men who always stood up for their rights.

He returned to Jamaica in 1947 under military escort because a superior officer said he had not followed his orders. Steve made up his mind not to return to England, but circumstances changed it. He and a friend, Arnold Blair, decided to start a motor mechanic business, but it did not get off the ground. Thing had got worse on the island after the war. So they decided to return to England on the Empire Windrush. After landing at Tilbury Docks, Essex, on 22 June 1948, they both headed for Cardiff where they thought more opportunities were available.

“We always managed to do something in either trade or something a little bit above the ordinary pick and shovel job, so it wasn’t always bleak, not always bleak at all and I got some decent jobs,” Steve remarked. Ill health forced him to retire in 1980. 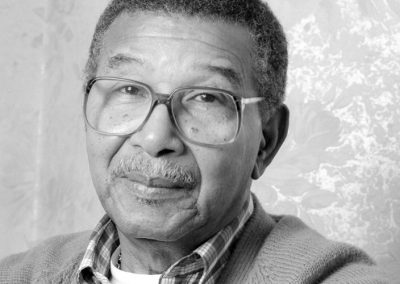