Born in Cuba in 1919, Maurice spent his early years there at a time when schooling for Black children was rear. So his parent moved to Jamaica when he five years of age, and life was better. His father’s mother was Margaret Garvey, the brother of the famous Marcus.

According to Maurice, Garvey was not appreciated as he is today because most political leaders on the island did not trust Garvey. He remembers hearing his parents talking about great-uncle Marcus in connection the ship Black Star Liner. When he visited them, Maurice often fetched water for the thirsty Marcus.

Maurice volunteered to join the Royal Air Force in 1943 in response to advertisements in the Jamaica Gleaner. After initial training in Jamaica, he travelled to England. In the RAF, he did a general mechanics course, but his main role was as driver shuttling equipment and parts to radar stations in the UK. He was demobbed two years after World War II ended, but was unable to make a good living at home in Jamaica. So when Empire Windrush advertised for passengers, he decided on emigrating to Britain.

After landing in Tilbury, he went to Cardiff where he found work, got married to a young Welsh girl and settled in the city until 1952. They moved to London because of the scarcity of suitable jobs in Wales. In London, it was an uphill struggle getting accommodation. He found work at the Post Office as a driver, but later became a black cab driver. Maurice was among only a few black persons in Britain to have had owned his cab. 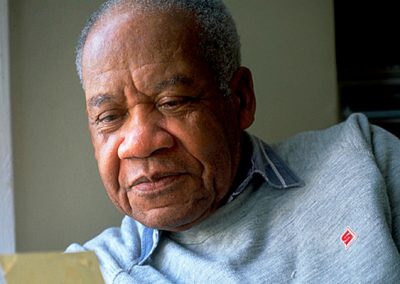