Harold was 18 years of age, when the war was declared in 1939. He was working at a foundry in British Guiana (now Guyana) as an engineering fitter, and one day in 1943, his friend who worked at the Daily Chronicle newspaper told him that the RAF was advertising for people from the colonies to volunteer to help Britain in the war against Germany.

Harry volunteered and after taking his exams, he received the call in 1944. He travelled with other volunteers to Trinidad and from there to Jamaica, thence to Florida, doing basic training at Camp Patrick Henry.

After two weeks, he left the camp in Florida for New York, where he and the other enlisted men boarded another troop ship bound for England. A detour to Iceland to avoid being torpedoed, and the intense cold meant that the journey wasn’t very pleasant.

One of ships in their convoy was destroyed, and he still remembers seeing it at a distance in flames.

After arriving in the UK, he completed his RAF training in Yorkshire and he was posted to Pembroke Docks, Wales. Military service gave him the opportunity to meet soldiers from allied countries and even German prisoners of war.

Harry was demobbed and returned to British Guiana in 1947. But the following year, he travelled with other West Indian colleagues on the Empire Windrush. He rejoined the RAF later in 1948 and served until retirement. 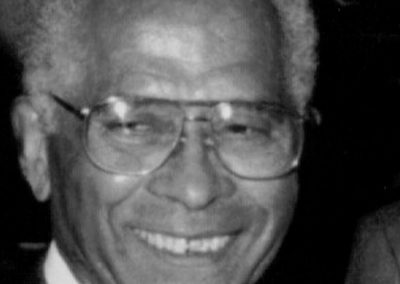