In 1944, Britain appealed to her colonies for assistance and one of the smallest was British Honduras (now Belize) responded. Norma Best (nee Leacock) was among those who volunteered. She was 20 years old, at the time.

With five other Auxiliary Territorial Service recruits, she sailed for Jamaica, where they received initial training. Then they were off to New Orleans, and after receiving their uniforms, they travelled to New York before sailing on the Queen Mary to Britain.

After military training at Guilford, Surrey, she wanted to become a driver, as her father was during the First World War. Dressed in uniform, driving around in a Jeep, it would have been an ideal opportunity, but that was not to be. She could not cope with the cold weather, and so she opted to do administrative work instead, in the office. She served in Preston, and was then posted to Derby. She was in London in May 1945 when the war ended and attended the parties held on the Embankment.

The celebrations lasted for a while thousands of people were singing and dancing and there were lots of fireworks. The following year Norma took the opportunity of studying to be a Primary School teacher at Durham University. Just after qualifying in 1947, she was told that she had to return to British Honduras, in spite of the fact that a job had been offered to her at a school in Cambridge.

Norma Returned to the UK in the 1950s and was employed as a teacher. In the 1970s, she became the Head teacher of a Primary School in the London Borough of Brent. 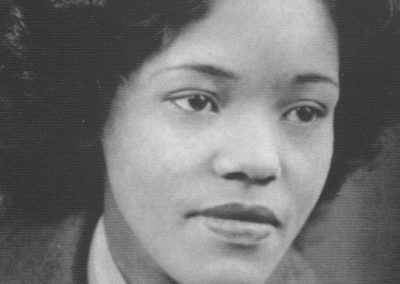