In 1944, when the British government advertised in Jamaica for volunteers for the Royal Air Force against Germany, Arthur Curling answered the call.

He was not yet 16 years of age, at the time, but passed the test and enlisted. He recalled, “My parents did not approve in the beginning, but they had no choice at the time, and like everything else, it’s your life and your education, you gain an experience.” Like many other Jamaicans, he underwent training on the island, before travelling to England.

Arthur served on the home front until the war ended in May 1945. He was demobbed the following year and returned to Jamaica. “As a matter of fact, I had a reasonably good job in Jamaica and things were looking up. It’s just that the island is too small. You don’t realise how small until after you have travelled,” he said.

The arrival of Empire Windrush at Kingston Harbour was just what Arthur was waiting for, and he did not hesitate to purchase the one-way ticket to England, in May 1948. At twenty years of age, he found the going hard just after returning to the UK. He went for a job as a cleaner, but was refused because the owner did not want any ‘darkies’ working in his business.

Having raised a family, (in retirement) he often travelled. He went to North America, and the West Indies. He also went to the continent of Africa where he visited Liberia, Sierra Leone and South Africa. 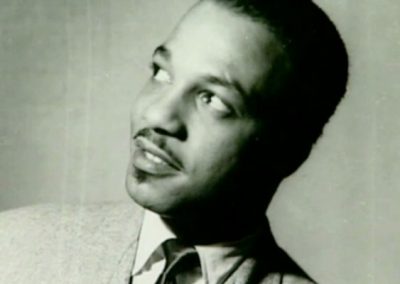