Born and brought up in Kingston with her sister, mother and father, Connie Mark (nee McDonald) was 16 when World War Two was declared. At the age of 21 she joined the Auxiliary Territorial Service (ATS), and served in Jamaica as a medical secretary to the assistant director of medical services.

She said it was a difficult job because she had to be on call 24 hours a day. As a child she had always hated hospitals, and found working in one initially off putting. Her duties included typing up the medical reports of those people who had been injured in the war, documenting the horrific injuries sustained from bombings and combat. She remembered, “Having to type the medical reports really brought home what war was to me – I was 21; I was still in my formative years.” After six months, she was promoted to Lance Corporal, and six months after that to Corporal.

The women in the ATS didn’t have to live in barracks; living at home meant that Connie didn’t experience the military life in its entirety, but that didn’t mean they didn’t have to march every day before doing their duties. The general mood was that Britain would win the war.

Connie also remembered the day the war ended as a great relief. “VE Day was marvellous, everybody was happy, ‘cause as far as we were concerned, the war was finished. Everybody was happy. Everybody just jumped up and down; the war was over, and it meant that no more of our people would be killed. We had parties, and everybody took it as an excuse to have a party, a drink up and get stone-blind drunk. I didn’t use to drink those days; I just went to all the parties that there were.

She settled in Britain during the 1950s, and worked as a Medical Secretary. One of the highlights in her community work was the outstanding contribution she made for keeping alive the memories of Mary Seacole. 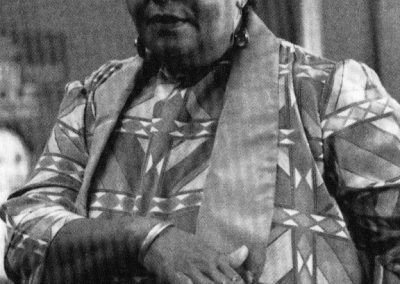 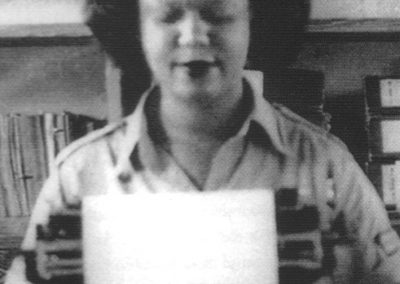