Alan was born in Jamaica in 1925. After leaving college in 1941, he volunteered to join the Royal Navy, serving on a patrolling ship, escorting mine sweepers, and picking up survivors in the West Indies. In 1944 he volunteered for Royal Air Force service, and joined the air sea rescue team.

He was demobbed in November 1946, travelled home to Jamaica and was fortunate to find employment n Customs & Excise. But, he felt there were more prospects in England and so returned to London in December 1947 to one of the coldest winters on record. Finding a good job and accommodation here was difficult. He often slept in the London Underground trains after the services had closed down at nights. He obtained factory work in Acton and washing dishes at Lion’s Corner House in the West End.

Between 1950 and 1953 he entered show business with limited success – the main problem was in obtaining permits to work abroad. It wasn’t until Eric Conner, the Trinidadian actor and singer came to Britain in 1954 to record some songs that prospects looked good. Some of the records they made were hits, and the group decided to form “The Southlanders”. They toured the UK’s variety circuit as well as travelling to Italy, Germany, France and Belgium. Their speciality was rhythm and blues, and they worked alongside the popular artists of the day – Shirley Bassey, David Frost, Joe Loss, Frankie Vaughn, Cliff Richard and Tommy Steele to name but a few.

The advent of the Beatles meant that the Southlanders were reduced to working in Cabaret to survive – eventually the group was disbanded and he got a job in the Post Office as a telephone operator. He was a member of and worked voluntary for the West Indian Ex-Service Association to highlight the contributions that West Indians made in World War 2. Allan was its president for a few years. 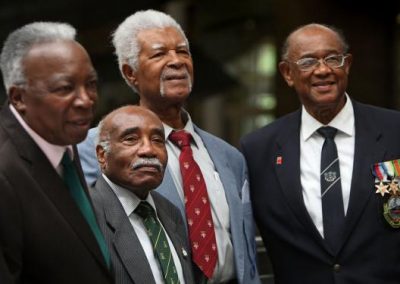 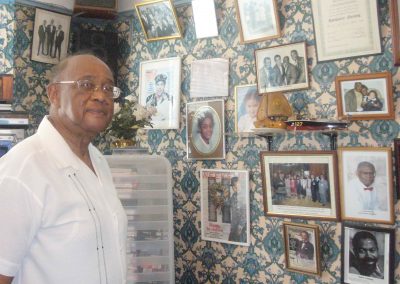 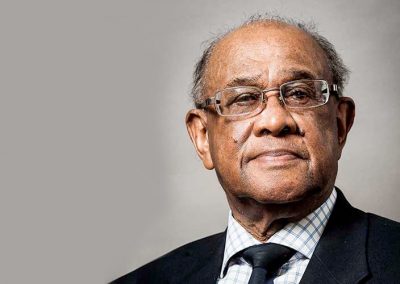