As a former head of history at an inner London secondary school and having taught for 20 years, I was aware of the curriculum’s constraints and the fact that the presence of black people in Britain was not appreciated, and that their contributions were not acknowledged. Any history that referred to people of African heritage was history of the enslavement of Africans in North America.

My own heritage forms part of Black British history – my father Ita, who had moved from Nige- ria to London in the 1920s had been a volunteer Air Raid Protection Warden (ARPW) during the Sec- ond World War. Today, he is featured in exhibitions at the Imperial War Museum and the City of West- minster Archives Centre. As I taught, I could not advise my African and Caribbean students where to go when they asked, ‘Miss, where’s our history?’ I wanted to see if I could write, but the demands of teaching made it impossible.

My first piece was for the BBC’s History Mag- azine in July 2000 and it was about the 19th century African American actor Ira Aldridge. For several years I worked as an INSET trainer for teachers on black British history, and became involved in a number of projects all related to black British history. I enjoy going to the theatre, and I was con- scious of visiting the Old vic and seeing photo- graphs of well-known British actors that had performed there, like Laurence Olivier, Richard Burton and Peter O’Toole. Ira Aldridge had per- formed at the Old vic when it was known as the Royal Coburg Theatre, and yet an image of him was conspicuous by its absence. Ira Aldridge (1807- 1867) was a successful African American actor who left the United States to become one of the leading interpreters of Shakespearian characters, in particular Othello and Hamlet. He toured Britain and Eu- rope and was very popular in Prussia (Germany) and Russia.

In 2003, I wrote to the Old vic’s Artistic Di- rector, Kevin Spacey, suggesting that an image of Aldridge be added to the current display of actors. His assistant wrote back, saying that it would be un- likely that they would hang a picture of Aldridge on the theatre’s wall. This dismissive attitude was taken as a call to arms, and I decided to launch a cam- paign to get Ira Aldridge’s portrait displayed at the Old vic.

I launched a campaign at a Black and Asian Studies Association (BASA) Conference, and got members to sign a petition. The campaign was given further weight by getting letters of support from actors and leading figures in the arts – Prunella Scales, Timothy West, Simon Callow, the late Corin Redgrave, Melvin Bragg, and many oth- ers who supported the campaign. Within ten days of receiving the petition and letters of support, the Old vic contacted me with an invitation to meet with them. They said they would be prepared to put up a picture, if I supplied it.

I contacted Sandy Nairne, the Director of the National Portrait Gallery, who had three images of Ira Aldridge in their collection. Sandy agreed to do- nate a copy, and so I took the three images to the Old vic, and they chose the one of Ira in the role of Aaron in Titus Andronicus. Actor Earl Cameron unveiled the portrait at a Ceremony. Earl is the last living link with Ira Aldridge. When he arrived in England from the Bermuda in the 1939 he was ad- vised to take elocution lessons, and was given the name of a teacher, who happened to be Amanda Aldridge, Ira’s younger daughter. The unveiling in 2004, which was attended by many of Britain’s lead- ing actors, both black and white, led to the Old vic allowing me to put on a performance there to mark the bicentenary of Aldridge’s birth in 2007. Later that year English Heritage invited me to unveil a blue plaque on Aldridge’s House in Hamlet Road, Crystal Palace.

transatlantic trafficking in African people. I sug- gested a few names and gave advice on Olaudah Equiano and Ignatius Sancho. My current project ‘Memorial 2007’ campaigns for a memorial in Hyde Park dedicated to enslaved Africans and their de- scendants. Like my previous projects, I have met with resistance and challenges along the way, but I am determined to succeed.

Memorial 2007 is now a registered charity. With letters of support from the Mayor of London, English Heritage and UNESCO, the final hurdles are planning permission, and raising £1.5 million. I see the memorial as an educational resource – it tells the story of Africans before European contact, of capture and enslavement, resistance and legacy. My determination keeps me going. The late Gil Scott-Heron said, ‘No one can do everything, but everyone can do something.’ This is my philosophy. If we work together, if enough people give five pounds each, raising £1.5 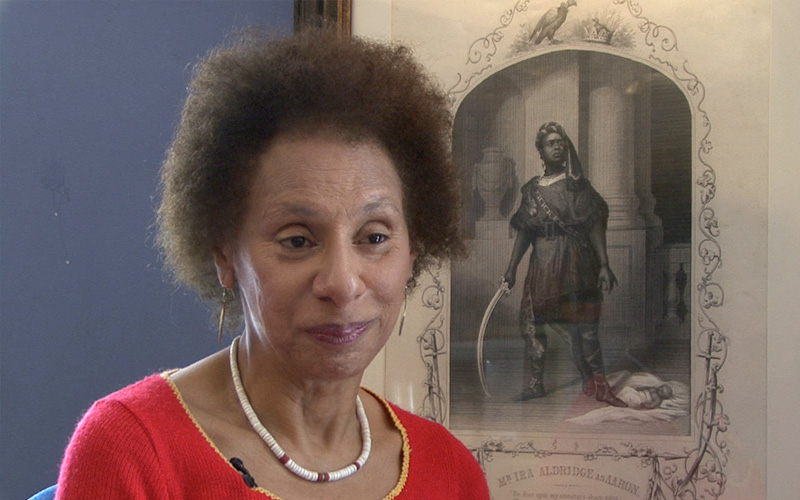 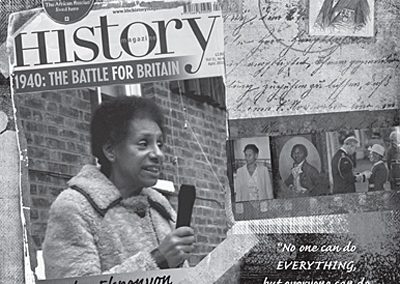