In 1964 I was recruited in Barbados by London Transport to work on the buses, after some preparation I arrived at Bow bus garage in East London during the summer of that year. I had previously worked in the merchant navy as a seaman and had ambitions to return to sea as an officer, only to be denied the opportunity here because of a ‘colour bar’. However, becoming a bus conductor and then a driver taught me a great deal about the East End of London and its working class communities.

While on the buses I joined the Territorial Army 4th Battalion Royal Green Jackets reserves. This experience helped in getting my next job as a chauffeur for the Director of the Royal Mint, Sir Jack James. One of his good friends was the Duke of Edinburgh whom he visited quite often. Sir Jack was one of those gentlemen who, once comfortable with a driver wouldn’t want to change to anyone else and I was happy to be his chauffeur for a few years before leaving to complete a qualification in mechanical engineering.

My introduction to community and youth work came about in the early 1970s when I joined the Newham Community Relations Council Youth Sub-committee. It involved providing opportunities for young people in sports, advocacy and organising evening discos. Community Relations Councils in those days contributed to combating racism and raising awareness on issues that affected immigrant communities.

At the time it was disappointing how the British school system treated African and Caribbean young people by labelling some of them as educationally subnormal. Many teachers had extremely low expectations of Black children and denied them developing their full potential. Coming from a British colony I found that we were more knowledgeable on subjects like British history and world geography than our English counterparts. Much emphasis was placed on the school system back home as it was a way to achieving social mobility, whereas at that time most British working class young people left school at 14 or 15, got a job and accepted life as it was.

I began working as a part-time youth worker in the mid-1970s for the Newham Youth Service and qualified as a youth and community worker in 1980 after completing a 2 year full time course at the YMCA College. My first post was Deputy Warden of the school-based Eastlea Youth Centre in Canning Town, East London, I spent 2 years in the post before becoming warden then served another 4 years. I became the Youth officer for the Forest Gate area and left the service in 1994 after a reorganisation. During that period I also sat on the management committees of Newham Drug Advisory, Newham Mind and supported many local community groups.

As the first Black warden employed in the Newham Youth Service it was difficult for many to accept and to relate to me as someone in authority. I overcame the challenge by relying on my local knowledge, perseverance and the use of common sense. To give an idea of what it was like, the first question the Principal Youth Officer asked me after I was appointed was ‘When are you leaving?’ and I told him ‘When I’m ready’. Years later he thanked me for giving him his greatest youth work experience when he accepted an invitation to join our Eastlea IYY project. In 1983 I responded to interest shown by some young people after they saw publicity in the centre promoting International Youth Year 1985. A joint project with Eastlea School was set up and we raised £10,000 in 18 months to take a mixed group of 12 pupils and four staff to Barbados for a three week educational trip.

That experience was inspirational and transformed the lives of the pupils and from their feedback it was a great success. The British High Commission in Barbados wrote to the Director of Education in Newham stating that the young people were great ambassadors for their country and had improved relations between the two countries. The Archbishop of Canterbury His Grace Robert Runcie paid a visit to the youth centre in 1986 and was particularly impressed by the project, especially our work on churches in Barbados.

After leaving the Youth Service I re-trained in person-centred therapy and started work as a counsellor with ‘Mind’ in Tower Hamlets. This brought me into contact with their African and Caribbean Mental Health Project where I volunteered my services. At the time there was much concern about the misdiagnosis and over representation of Black people in the mental health system. The local authority social services found it difficult to reach Caribbean service users and I was commissioned with a brief to find out the mental health needs of Black people in the borough. A consultation conference was held in November 1996 and I continued working with the user steering group to achieve the conference recommendations. In 1998 the group formed the first management committee of the Tower Hamlets African Caribbean Mental Health Organisation (THACMHO) and I became the co-ordinator.

THACMHO played a leading role in researching and publicising the stories of African people in London’s East End with their ‘Health Through History’ initiative. They wrote a book entitled ‘Power Writers’ which was published by Hansib Press in 2003. It featured the stories of five African writers who lived in the East End of London during the latter part of the 18th century; It was also supported with walking tours and exhibitions. The book received good reviews and was referred to by the MP for Tower Hamlets Oona King whilst speaking in a debate at the House of Commons to commemorate the 200th anniversary of the abolition of the Atlantic slave trade by Great Britain. In 2004 we held a Reminiscence Conference on West Indian Seamen who came to the London West India docks from the West Indies during the 1950/60s. The report was launched in November 2004 after which a Historical Resource pack for Key Stage 3 pupils entitled ‘Sailors of the Caribbean’ was developed for Tower Hamlets schools. Much of this work was carried out in partnership with the Museum of London Docklands, where I later sat on the committee that produced the ‘London, Sugar and Slavery Gallery; (Revealing our City’s Untold History)’. THACMHO also had the opportunity to work with the Tower of London education department to research and develop a publication entitled ‘African History at the Tower of London’. The organisations’ ‘Health Through History’ initiative was recognised as an important social model for the treatment of Black people with mental health difficulties as it provided a positive identity of self, built self-esteem and gave confidence to its members.

Now in semi-retirement I still find time to carry out the part-time role as a Mental Health Act Associate Manager for The East London NHS Foundation Trust. I’m also the secretary for the Newham based Heritage organisation ‘The Tony Cheeseman Foundation UK’. 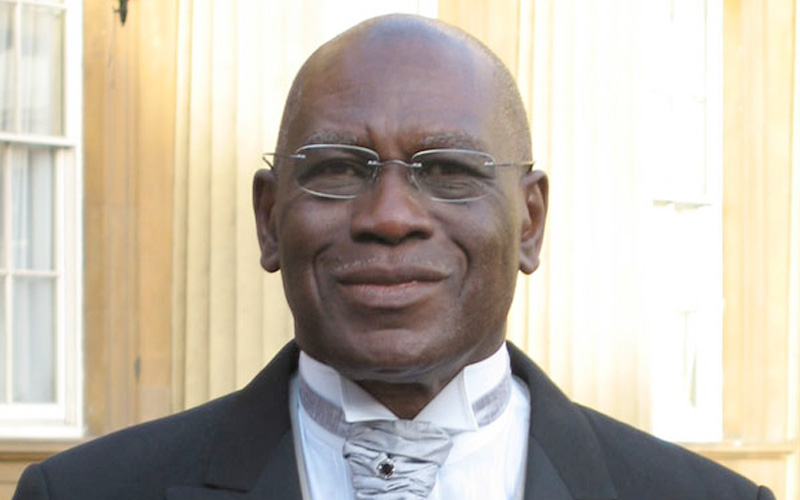 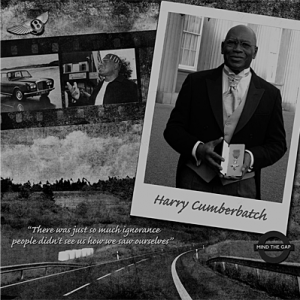 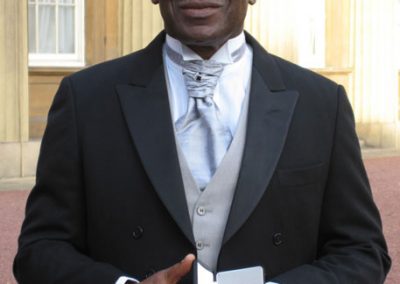