On leaving school in Jamaica at 16 years of age, George got a job as a Clerk in one of the Courts. When Royal Air Force appealed in 1944 for volunteers to help in the war against Germany, he had no hesitation to enlist.  He passed the test and had initial military training on the island before travelling to England. After further training in Yorkshire, he specialized as a supplier, which involved the being responsible for the movements of military equipment.

He was demobbed in 1946, a year after the war ended, and on his return to Jamaica, he was fortunate to obtain his old job. But, when in May 1948 when Empire Windrush was offering passengers a reduced fare to England for £28.10s, he did not hesitate to take it. He saw the opportunity for better prospects in the UK.

On the Windrush journey, George re-joined the RAF, and after landing at Tilbury Docks, Essex, underwent further training. He served in Aden, Egypt, Germany, Cyprus, and Christmas Island.  He achieved the rank of flight sergeant before retiring. He was a keen cricketer, and an RAF qualified umpire.

After retirement, he remained in Brize Norton, Oxfordshire, with his wife and family. In 1990, he got involved in the local community and eventually became a councillor and deputy mayor. He was also elected to the District Council and currently sits on the committee on environment, planning and licensing. 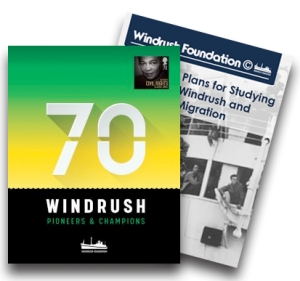