Nurvin was born in Belize City, British Honduras (now Belize) in 1926. His father served the British Army in Mesopotamia (now Iraq) during World War 1, and then there was an appeal for Royal Air Force volunteers from the colonies, Nurvin did not hesitate to join in 1944.

He first travelled to Jamaica for initial training and then to England. After six weeks’ further training in England, he was posted to an RAF camp in Wiltshire to serve as a wireless operator. He was then transferred to Uxbridge where he has done most of his service.

But there were a few postings overseas viz Singapore.He often went on leave to London at the Paramount Club where he and many of his colleagues enjoyed dancing. Nurvin became a regular airman after the war ended, went back to Belize for a few months and returned to England in 1948 on the Empire Windrush. His future was secure as an airman and he rose to the rank of Flight Sergeant.

He and his father had similar experiences with regards to racism in the armed forces. His father was often attacked by White English servicemen. While Nurvin was stationed in Singapore he and his wife often had to fight such servicemen who often made their lives uncomfortable. The RAF was reluctant to send West Indian airmen overseas , believing that they couldn’t integrate with the ‘natives’.

Nurvin said that it was quite the opposite. While in Singapore he was made welcome whereas English servicemen did not always sow him respect.

In retirement, he has played an important role in the management of the West Indian Ex-Service Association in Lambeth, London, and for some years served as a Welfare Officer. 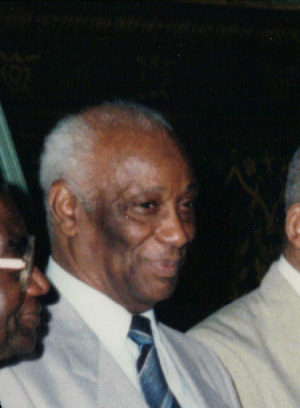