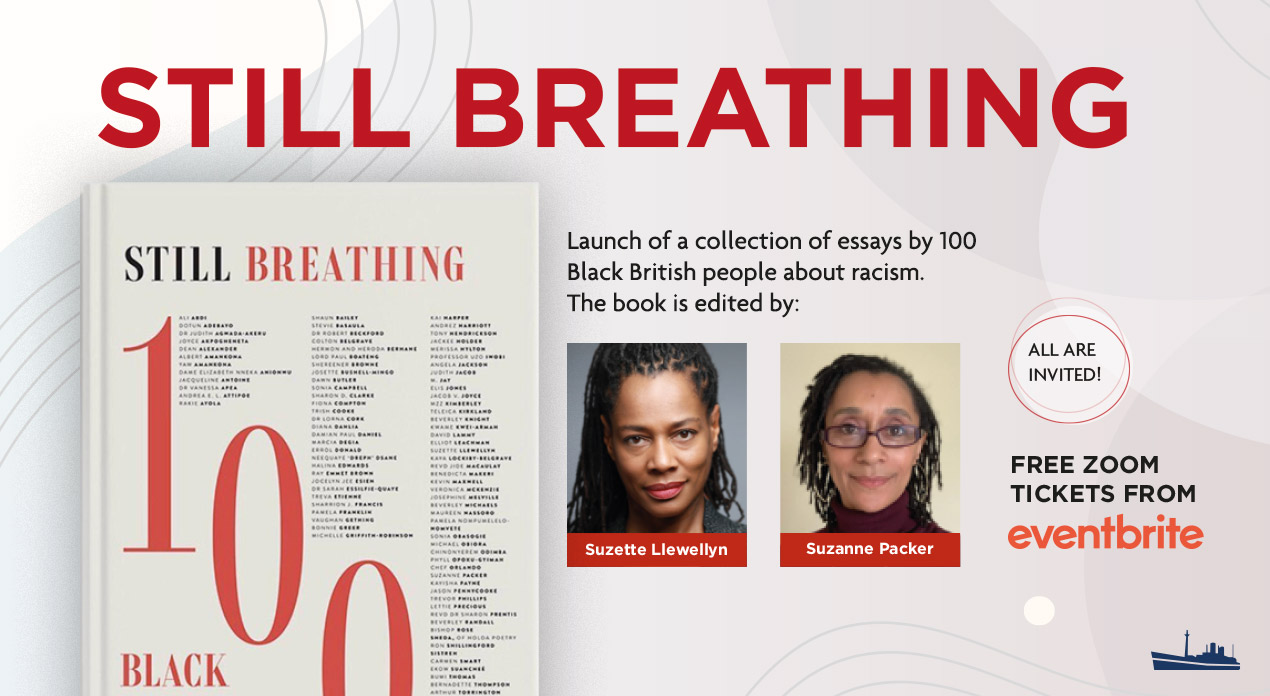 Launch of a collection of essays by 100 Black British people about racism. The book is edited by Suzanne Packer, better known for her role in Casualty, and Suzette Llewellyn, for her role in EastEnders. Still Breathing is published by HarperCollins

The writers highlight what it means to be Black and British in the UK. The book features a foreword from Sir Geoff Palmer who, in 1989, became the first Black Professor in Scotland. 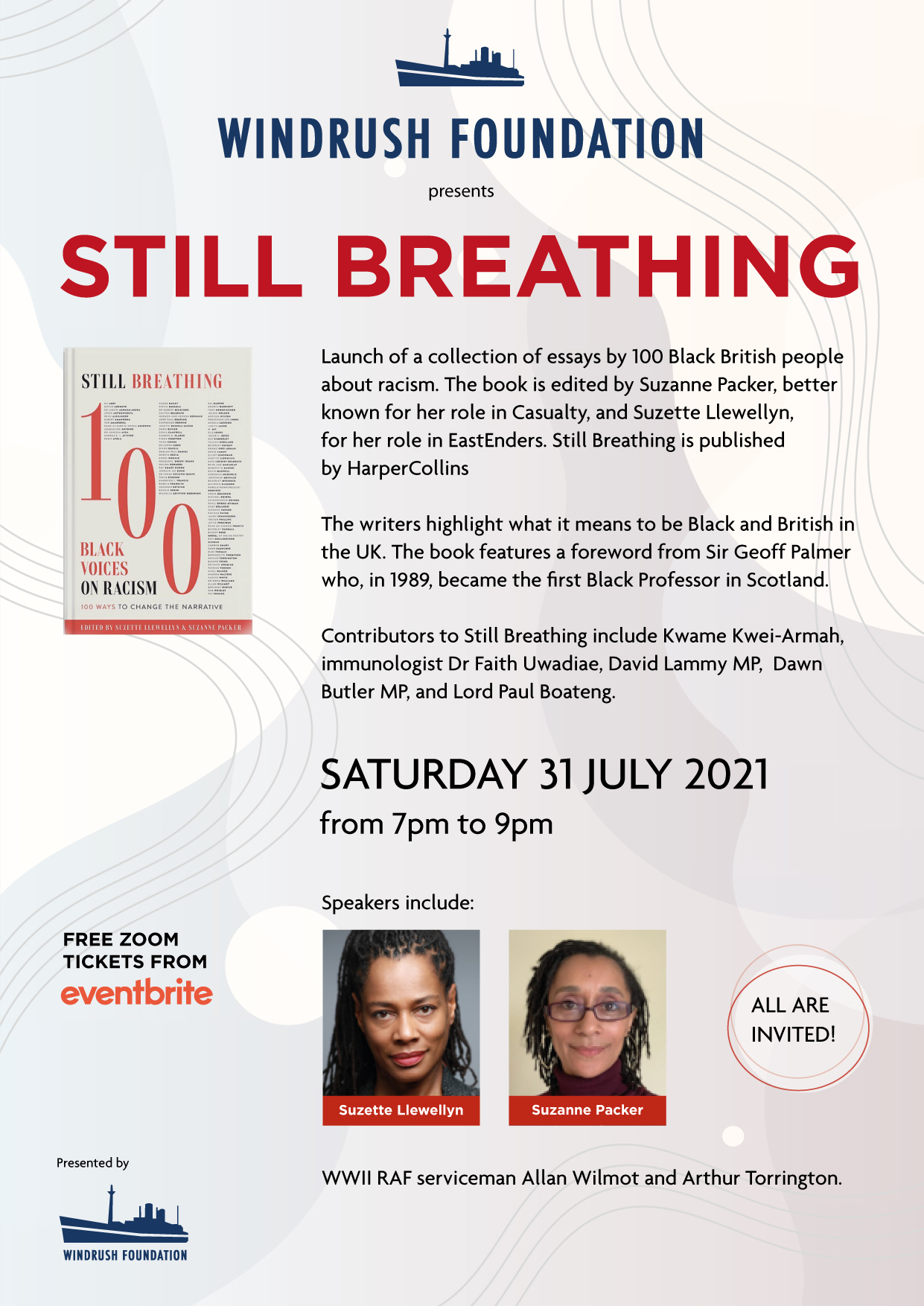