I am a woman of faith, and a Christian who believes strongly in ‘service’ to others; it has been a normal practice during my early days in British Guiana (now Guyana).

My mother died when I was nine years of age. As my father worked in the quarries outside of the capital Georgetown and returned home for only a few days each year, I felt orphaned. A decision was made for me to move into what the neighbours called ‘the Big House’, which was a rectory of the local Congregational Church where my grandfather and another minister preached. Together with deacons and their families, they formed a community, an extended family, centred on the Big House. It was there that the foundation of my faith was laid.

While I was singing at a YMCA building in Georgetown, two Methodist missionaries from England, who had an office upstairs, heard me and offered voice training free of charge if I gave my services to the Methodist Church there. My aunt, with whom I lived, agreed and I happily joined the church choir as well as the local Philharmonic choir. Also, I contributed to Clubland, an ‘open’ youth club which was responsible once a month for the church service.

When I first thought of coming to England on a visit, I wrote to a cousin, but he advised me not to come. I was not happy with the advice, as he had been enjoying many years in Britain and sending parcels of gis to his family at home. It indicated he was doing well in England. However, he was due to emigrate to the USA. In the end he said that if I travelled within the following three months, I could have the flat he was vacating. I immediately packed my cherished possessions, even the sewing machine, but had to pay £34 in excess baggage. At the age of 29, I arrived in London, along with my fiancé Joe Phoenix, in 1956. We got married in June that year.

When I le Georgetown, the minister of the church of which I was a member wrote to my minister in Shepherd’s Bush, London, commending me for my youth club work back home. So I was sought out only a few days after my arrival in the capital and was asked to lead the youth service within the local Methodist church. There had been a club but the leader had passed away, and the service had ceased. So, I started ‘Clubland’ there, along with a choir, as I had done in Georgetown.

My husband and I moved to Lewisham in 1962, and again I was asked by the local Methodist minister to start a youth club like ‘Clubland’ in British Guiana. We did not have a permanent venue, and moved from church hall to church hall. After some lobbying, an old Mission Hall was obtained, and it had to be cleaned up because of the unwholesome condition of the premises. So, 1972 saw the beginning of the ‘Moonshot’ club – named because it was just after the USA landed men on the moon.

The club catered not only for black British youth, but also for the whole community. I was asked by the Local Authority to contribute to its youth service. We started a library of black books and I championed the longer opening of the club and ensured its availability throughout the summer holidays and at weekends. The work developed and we had a visit from Princess Margaret in 1973, the year that Queen Elizabeth II awarded me an MBE for my service to the community. As the first black British woman to receive the award in 1972, I am proud that it was for something I really love doing. By then I had been registered as a carer, and had fostered over 100 children.

The youth teams at Moonshot were good at football, cricket and netball and winning many trophies, but needed improved facilities. There were classes in academic subjects, mechanics, wood- work, photography, and the arts, but our accommodation was cramped; we were unable to get permission from the Council to rebuild the Mission Hall, so planned for an extension instead. In 1977, we launched an appeal and received a grant of £50,000 from the Sports Council towards our building programme, which included a gymnasium.

In November 1977, an article appeared in a national newspaper saying that members of the National Front had held a meeting and were determined to burn down the building. I doubted that such a thing could happen, but I was wrong. The following month saw our years of hard work and the club premises burnt by National Front members during the firemen’s strike. But, my spirit was not daunted, and I made a statement: ‘My name is Phoenix, and so help me God, out of the ashes, I will rebuild Moonshot.’ Prince Charles opened the new Moonshot in March 1981.

The Club has gone through many phases since then, but in February 2007, Sir Steve Bullock, Mayor of Lewisham, conducted the official opening of the new extension to the building and a refurbished ‘state of the art’ Moonshot Centre.

The above is just one of the many causes that I have championed over the years. ose who have used the services always remember the motherly affection shown them. Angie Le Mar (actor and co- median) was a Moonshot member in the 1970s and she is quoted as saying, “I grew up in Lewisham and my mum went to Sybil when she was tearing her heart out about my behaviour and my future. I’d been moved out of a school and it was proving very hard to get into a new one. She helped get me into Blackheath Bluecoat School, which just made me think ‘wow’. She helped me ensure I had a future.”

I am Founder and a Director of the Marsha Phoenix Memorial Trust that provides accommodation for 27 young women who would otherwise be homeless and penniless.

Honors received include: Freeman of the City of London; Freeman of Lewisham; Fellow of Gold- smiths College, University of London; Former Mayoress of Lewisham; Honorary President of the National Council of Women in Great Britain; vice President of the Commonwealth youth Council, to name but a few. In 2008, I received an OBE (Officer of the Order of the British Empire) from the Queen. 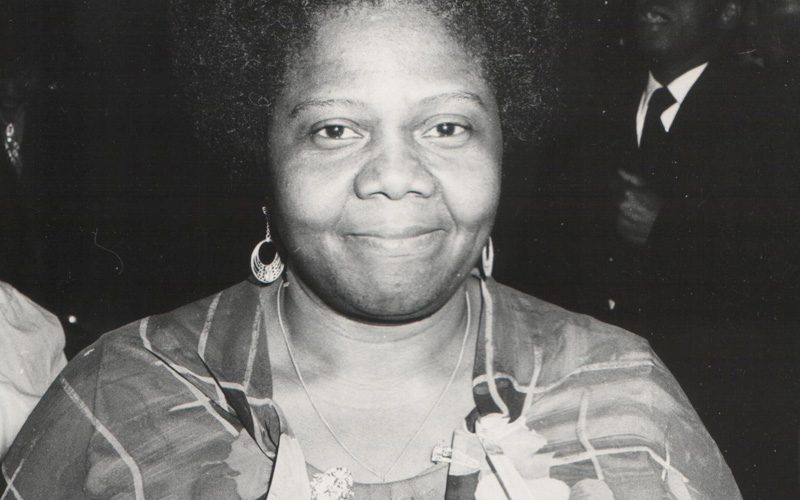 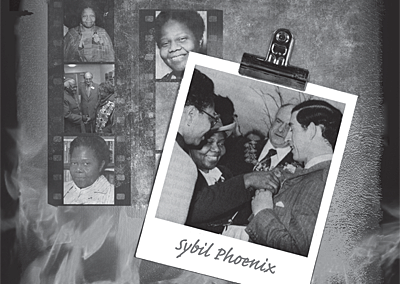