Like many young Jamaican men of his day, John obtained contract work on USA farms. This began in 1945 when he was 19 years old, but on hearing of Empire Windrush’s one-way fare of £28.10s to England, it was an offer that could not be refused.

John enjoyed the journey, but did not have anywhere to go after landing at Tilbury Docks, Essex on 22 June 1948, and so he had to stay at the Clapham South Deep Shelter. He was among over two hundred and fifty other West Indians who knew that they would not be at that accommodation for too long.

He remembers hearing the loud sounds of the Northern Line trains as everyone was in their beds one level below. It was not possible to sleep late in the morning because of the noise. Breakfast was served in a marquee on Clapham South, and afterwards, all the men would go looking for jobs at the Labour Employment in Brixton.

He later found a job at British Rail, and it was to be his employment until he retired. John worked for over 30 years at BR’s depot in Orpington, Kent. Getting there was no problem, but it was accommodation that caused much inconvenience for a few years after 1948. It was not long before he saved enough money to purchase a house in North West London.

Like many other West Indians in the UK, John regularly played cricket at the weekends. He will always be remembered as the well dressed young man in the dark suit standing with two other West Indians, John Hazel and Harold Wilmot, on the deck of the Empire Windrush on 22 June 1948. 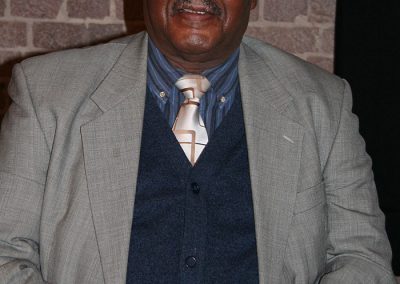 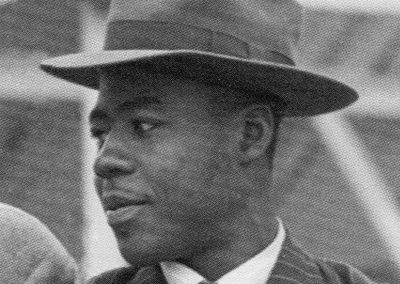