How can we become each other’s keeper? H is the question I have been asking since I started the Mission Dine Club for Elderly and Disabled in 1985. I am from the Ashanti people of Ghana and grew up in its capital, Accra. I arrived in the UK in the late 1960s and studied Home Economics (food science) and subsequently worked in catering with private companies.

On June 21, 1997 I was conferred with the title Dame in honour and recognition of my work by the Order of Saint John of Jerusalem Knights Hospitaller of the British Isles, a title awarded to those who have distinguished themselves in their professions, especially charitable and humanitarian work. I was the first woman of Ghanaian heritage to gain the title. I have received numerous awards including the Coldwatch Community Group for the

South Region in 1997 for helping the elderly in winter. I have received many invitations for international speaking engagements and have lobbied the European parliament to take Elders from all cul- tural backgrounds seriously. Money is important but to give service to another human being is even more so.

One day in 1985 I was in the doctor’s surgery waiting for my appointment, when an elderly woman who was also waiting, asked me if I could make a cup of a tea for her. I didn’t understand. Was she asking me to ask the doctor if she could have a cup of tea? Well, the doctor called me in and by the time I came out, I had forgotten all about the woman. Days later I went to find her and I discovered she had passed away. The incident touched me very much.

Mission Dine Club (MDC) started with two elders who lived, like me, in the same block of flats in Stonebridge, London. I would cook and they would come to eat. After two weeks I had 10 people and had moved into council premises. Six months later I again moved to my third and larger premises at Willesden Sports Centre and was catering for 50 people with help from volunteers. News of the club spread like fire and the MPs Bernie Grant and Paul Boateng became supporters.

We are like a fellowship. When the elders come to the club, the other volunteers and I welcome and embrace them. They have tea and coffee, and play games like Owari and dominoes or just chat with one another. They have the opportunity to participate in reminiscence sessions, telling each other their own stories. At MDC we are one whole family – an African village.

The one thing I noticed was that some of the elders who came to the club didn’t have children and didn’t eat properly at home. But, as well as eating at MDC, they are all given food to take home.

My mother and grandmother used to be charitable to people in Ghana. I remember how my grandmother stood on the street and handed out food and clothes to those who needed it. We would open our door to anyone.

Twenty years after the club started I decided to add youth activities. I invited sixth-formers to the club and taught them basic catering and manners. I even got some of them to say ‘morning’ to their parents!

I wanted children and young people to call each other ‘brother’ or ‘sister’. It’s important that we motivate each other. When young people are misbehaving on the bus, I talk to them and set them straight and they listen to me and respect me. I think humility is very important.

I talk to young people and try to draw out their own talents. We can’t all become X-Factor singers. I have seen changes in those who come to MDC. When someone says ‘hello’, it’s like medicine. They share ideas and learn from one another. It feels like being more than family, and we will go on from generation to generation.

Sadly, the local authority in which I live permitted their officers to enter the Mission Dine Club on 1 August 2011 when no else was there, and took away project items and materials. Then on 2 September 2011 they used large machinery to bull- doze the building which had been erected with BIG lottery funding less than seven years before. The local people who used to support the club were, therefore, deprived of a place in which they always felt at home. The council said that they needed the site to expand one of their local schools. The MDC resisted the authority’s actions for about a year, but we were too small to prevail.

Nevertheless, this has not daunted my efforts to work for the community. I continue to provide mentoring services, to visit the sick, disabled and elderly, and do so in hospitals like Northwick Park,

London and Central Middlesex, London. I cook meals for people who are unable to do so for them- selves at home, especially those who enjoy African or Caribbean foods. As long as I have the strength, I am determined to keep the spirit of the Mission Dine Club alive.

‘Just Call Me a Friend’ – is a strand of my work which includes visiting the elderly in hospital, taking them food, and accompanying them on out-patient appointments. I intend to extend the project and work with hospitals in Ealing, London, and to train people to visit those who have no family members. 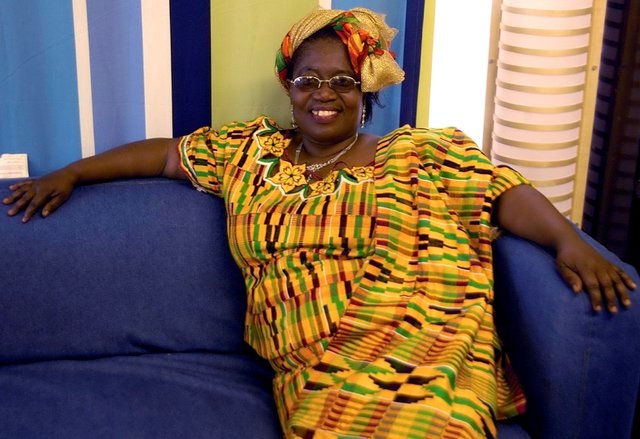 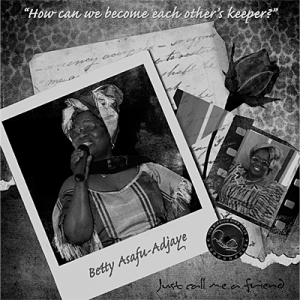