Donald Clark was born in British Guiana (now Guyana) in 1920, and volunteered for Royal Airforce service in 1944.

After training in England, he worked mainly on aircrafts, repairing and spray painting them; he also repaired dinghies and parachutes. When the war ended, he volunteered for further service with the RAF, knowing that he would be able to learn a trade. He went on leave to Guyana in March 1948, and returned on the Empire Windrush.

Donald bought himself out of the RAF because of the problems that he and his wife were having with trouble makers, later called Teddy Boys. “While I was on leave, a lot of them would come to where we were living and try to bash us around”, he said.

Donald and his family settled in Hackney, describing the people back then as friendly. One of his wife’s friends found them place to rent: it was a dilapidated fish shop, but they refurbished it using their own money.

Donald said that when he first lived in Hackney in the early 1950′s, he saw few Black people there. This is surely not the situation today.

He successfully passed the examination for a job in the Post Office, where he remained until retirement. 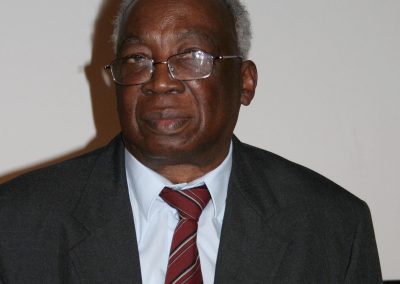