I migrated from my country of birth, Trinidad & Tobago, in 1965 to attend Hull University. From then to now, I have had an extensive engagement with Black communities and British society as a combatant, advocate and beneficiary.

This took several forms, from the prodigal son in the Mother Country to an afro-haired student revolutionary; a locksman in community work at the fringes of criminality; a loud community voice labelled “an ungrateful recipient of British hospitality”; a local Magistrate and recipient of several public appointments; an artist combating stereotypes and fostering pride in blackness and now, a Pensioner; tired and disappointed but drawing solace from making Mas and promoting my beloved country of birth.

In the late 60s and early 70s, my university years at Hull, London and Brunel Universities were spent, in part, dabbling with radical student politics and at the same time trying to promote black culture among my peers. London, where my family was settled, became the hub of all my sojourns and so each vacation, I came to my sister’s home in Lon- don and got involved in whatever was happening there. The focus of this engagement was the West Indian Students Centre (WISC) in Earl’s Court, a meeting point for Caribbean students in the UK along with the West African Students Centre round the corner; together they formed the major nexus of black student activities in London.

The WISC also housed the West Indian Students Union. The centre itself was funded by all the Caribbean governments and there was a restaurant, bar and main hall where artistic and educational events were programmed. I was Chair of the Centre’s House Committee with responsibility for managing the Centre.

The Centre was a unique and valuable resource as it was the only place where you could get a three course meal for 18p, have a shower, study in the library and then pop down to the bar where you could taste the best of Caribbean rums. It was our own building. There was nothing else like it in the UK at that time, not even for the UK black non-student community.

In it was also housed the only all-black football team in the country, playing to great success in a local London League.

Aer I le university, I moved down to London to live with my family and I became involved in the battle to widen access to the Students Centre outwards to the black community. I say ‘battle’ because the WI governments were paying for the Centre specifically for students and as a result it was seen by some as elitist and divorced from the realities of being black in British society.

I used my arts background – in Trinidad I was in a drama group and was a ballet dancer – to set up a group called the Black Arts Workshop to show young British-born black people how theatre can be used to articulate their experiences and to speak meaningfully to the young people coming up who were not exposed to black art and black theatre.

My mentors at the time were some of the major Caribbean writers like Andrew Salkey, John La Rose and Eddie Braithwaite, who were members of the Caribbean Artists Movement (CAM). CAM met at the West Indian Students Centre. I remember long discussions with Salkey and La Rose over issues with the arts.

And we were also affected by the Black Power Movement in the USA, particularly issues around a black aesthetic. I guess we were trying to replicate some of what was going on in America through theatre. And our space in Earls Court was important because it was the only place we felt we owned and controlled. We taught traditional and modern Caribbean dance and what we called ‘revolutionary theatre’. We deliberately embraced art forms that came out of black struggle and so we felt that we were fighting to secure a public space for these performances and to obtain legitimacy for it as great art. We would take our shows to universities and other community centres across the UK. We told positive stories of our people in Africa, the Caribbean and the UK. The ‘we’ at the time included many of London’s budding writers and artists – Mark Mathews, Basil Smith, Femi Fatoba, Oscar James – and many others who had made a mark for themselves and stood out as exemplars for us, such as Tommy Eytle, Raymond McLean, Ritchie Riley, and Jacques Egyptien Compton.

The ‘we’ also included those among us who went on to achieve great things – Beverley Bryan, June Hines and Neil Kenlock to name a few. Although we made links with other black arts organisations in London, they were critical of us; we were seen as playing with revolution and we accepted that. They said it because we were art-based and not within the grassroots. But in our minds, we were politicising our community through arts. The hardest thing was to maintain a belief in what we were doing. Knowing how some outsiders saw us, it was important to keep a grip and focus on our arts in the community while keeping the radicals among us on our side. It was an uneasy partnership that had to be negotiated very sensitively.

We should have created more Centres like it in the community, but that didn’t happen. There was no money for a start, but there wasn’t a united group that could claim membership of the whole community. Nevertheless, the impact of the Centre on the young people was clear. They had the opportunity to develop their interests in the arts. Some developed their art into a living like Neil Kenlock who became a well-known photographer and later businessman.

Caribbean governments eventually got disillusioned with funding a ‘hotbed of revolution’ be- cause our programme of events were not exclusively student orientated but more reflective of the political situation in England and our countries of origin. For example, we hosted a meeting for the US athletes who shook the world with their black power salutes at the Olympics to meet us and members confronted Dr Eric Williams, Prime Minister of Trinidad & Tobago, when he tried to address students over the then bus strike in Trinidad.

The Centre was then closed and offered to a number of Caribbean countries to use as their diplomatic centre – The Eastern Caribbean and Grenada. The sadness is that when we lost the Centre, we lost the archive papers along with it. We had a li- brary also and we don’t know what happened to it.

I have continued to be politically active in a variety of forms, including membership of a radical black organisation – The Black Liberation Front, the Editorship of its paper, Grassroots. But my over- riding engagement continues to be in the arts fostering understanding and appreciation. My current project is promoting street art through Mas and Carnival Arts. In September 2011, we took a Carnival Band to Shanghai to play Mas before 250 mil- lion Chinese Tv viewers.

My goal is to make art more accessible – to show the human body in character and how it can communicate with people. 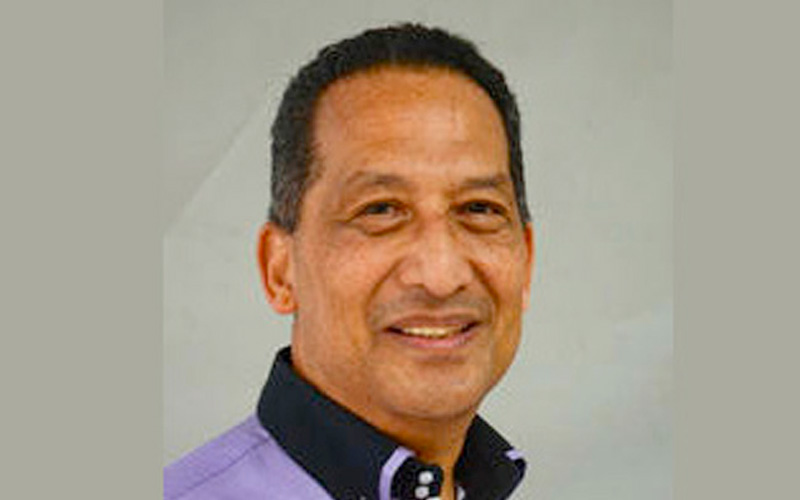 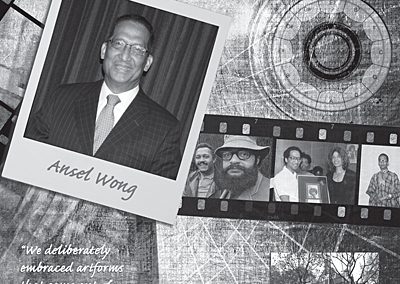